Most of our 4 legged stars were rescued as unwanted pets. They are now very loved, live in our homes and sleep in our beds!

They are trained exclusively with positive reinforcement and love the mental stimulation of having a job. We spread the word about the importance of saving lives through adoption. 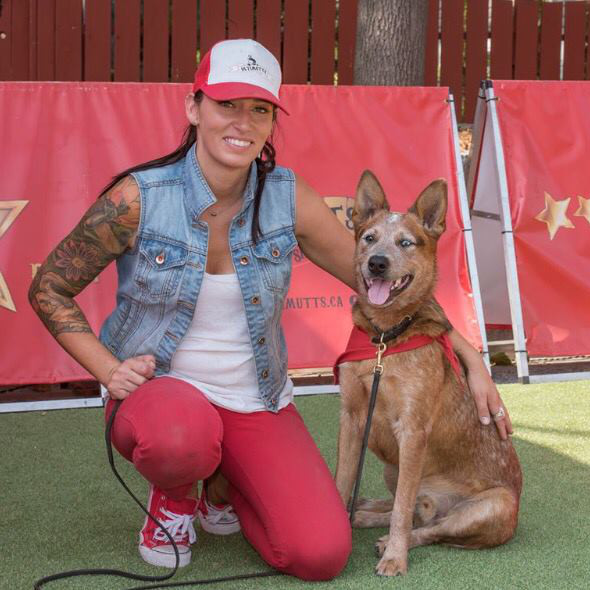 Melissa also trains animals for film and tv with many of the Ultimutts featured on major productions. If you are interested in learning how to have an incredible trick or movie dog, our classes are located in London, Ont. Canada at In Dogs We Trust. 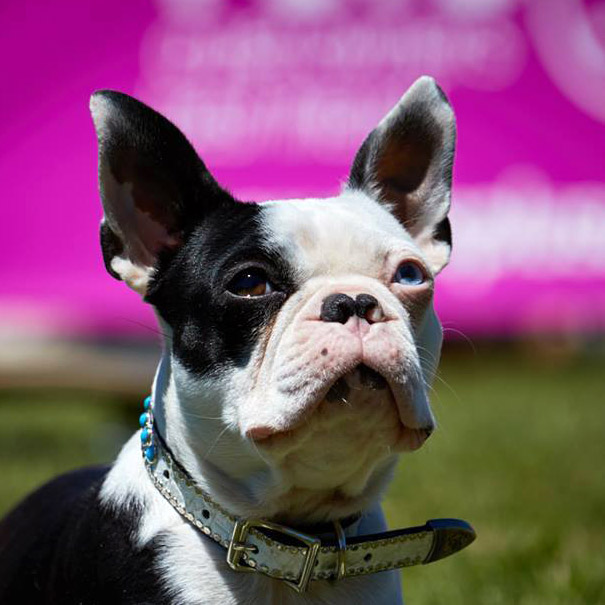 Being totally deaf, no one wanted Lollipop so she was turned over to the county humane society. Melissa was offered Lollipop first and could not resist! What a delightful and sweet little dog who doesn't let being deaf stop her one bit! She is a soft and sensitive soul but has shown to be fearless on obstacles.

Her immense talent includes skateboarding, scooter riding, pushing a shopping cart, balancing on a 2x4, walking a tightrope, hiding in a suitcase and more! 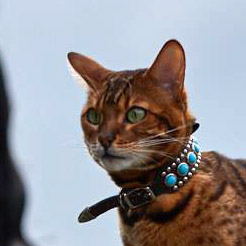 Adopted privately at 10 months of age, Sashimi was then raised with dogs to believe she is one. She walks on leash among 7 dogs, completely comfortable and even accepts new dogs very well. She LOVES to work and has some exceptional tricks, balancing in a sit pretty on a 2 x 4, scooter riding, jump through arms, tightrope walking. Like most Bengals she is a very active and intelligent cat and needs plenty of stimulation, she is the perfect trick cat! 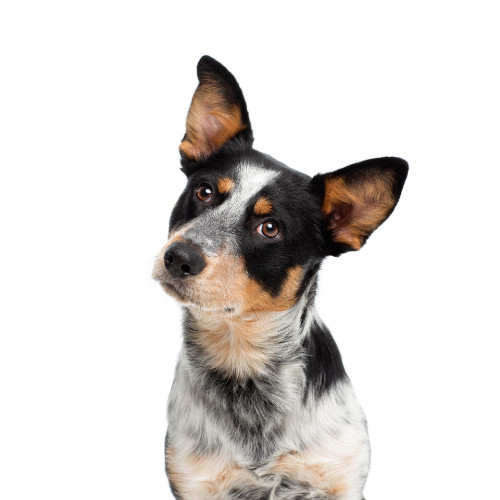 Special thanks for Australian Cattle Dog Rescue of America for this special little guy from New York. He came to join the Ultimutt team at 7 months of age and immediately it was evident that this little man loves to work!

Extremely focused and food motivated, he seems to have a talent for high jumping. His stamina, high intelligence and drive to work will undoubtedly make this young man a crowd pleaser. 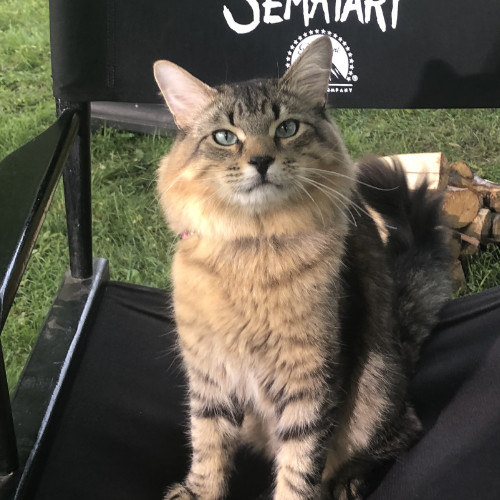 Found as a stray walking down the street, Tonic was taken to a rescue and then adopted at 10 months. This handsome young cat showed immense talent right away and was one of the 5 cats trained to play Church on the Pet Sematary remake (2019).

Truly fearless and a cat that absolutely loves to work, this little guy starts with the purring as soon as he realizes it is his turn. One of his fav things to do after performing his awesome tricks is to greet the crowds. 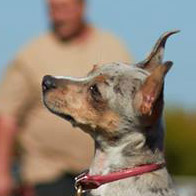 Popcorn has unlimited energy and sleeps with one eye open. She is a true working dog, and would not be suited to a pet home - thank goodness she is an Ultimutt!

During training we watch the dog to see their natural talents. Popcorn is very athletic and has a talent for jumping. To play off those talents she has learned; jump rope, through her trainers arms, weave through legs, play basketball, walking handstand, balance on a slack line, sit pretty balanced on her trainers feet and more. She also enjoyed success in 2018 featured internationally in a Duracell commercial. 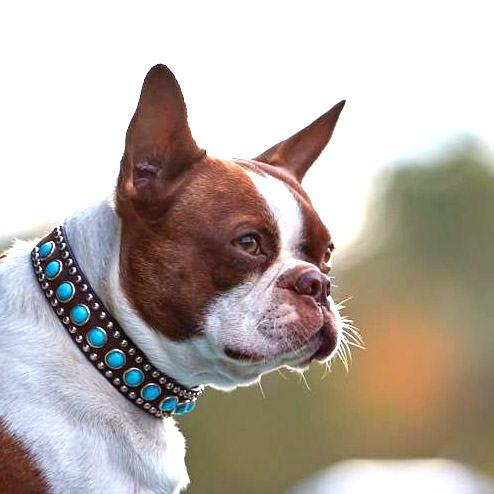 Adopted as a puppy to create a puppy prodigy, Pickles is just as quirky and cute as her name. She performed on TV as early as 4 months old on Project Pet for the Family Channel and went on to begin her career in the Ultimutts show at just 10 months.

When Pickles was 1.5 years old she was chosen as one of the top stunt dogs in North America for Good Morning America! Her many talents include; skateboarding, pushing a shopping cart, hiding in a suitcase, playing basketball, piano and more!

Pickles' talent landed her in a Superbowl and Duracell commerical in 2018.

When the Ultimutts were struck by a dangerous driver on the 401 in June 2015 Pickles panicked and bolted from the scene. She ran to the inside lane of the 401 highway and survived running alongside the median, evading capture for 11 hours until an off-duty animal control officer was finally able to rescue her. She is our miracle and we are thankful for her every day! 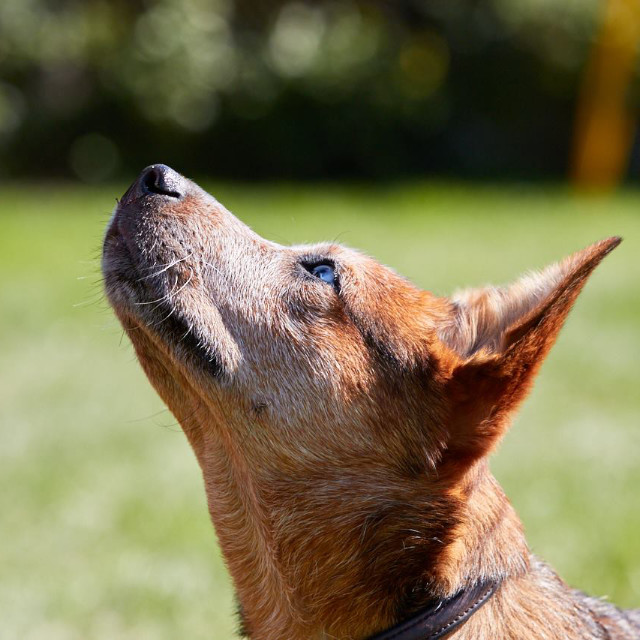 Upon adopting Lollipop and learning how wonderful deaf dogs can be, Melissa contacted Deaf Dog Rescue of America to discuss adding another deaf dog to the team. Jellybean was shipped from California to Canada to join the Ultimutts when he was 5 months old. While being such a happy little guy and so loving with people, he was described as one of the most challenging dogs they had seen, they felt he needed a job and a professional trainer.

For a deaf herding breed (already attracted to movement) there were many challenges with removing one of his senses. His attraction to movement becomes tenfold with shadow chasing, car chasing, separation anxiety (he can't hear you when he is alone) and having issue focusing in public as his eyes follow any movement.

Instead of culling him like many deaf dogs, his breeder drove him 10 hours each direction to save his life by bringing him to the rescue, who felt there was something special about him. By the young age of two years old this handsome guy has already filmed a scene for Pet Sematary (2019), a Netflix feature and a Super bowl commercial. You can also catch him in a Ford F-150 and Highmark Health commercial.

Quite the talented guy, he has learned a series of unique basketball tricks including catching the ball with his paws like a human, dribble/passing the ball, hopping like a kangaroo and slam dunk to name a few. Overcoming his disability, Jellybean experienced a career highlight when he made it to the semi finals of the World's Most Amazing Dog contest on Facebook Watch judged by Lisa Vanderpump and George Lucas where he came 10 steps away from winning $100,000 US dollars and sharing half with the rescue to save more deaf dogs. Jellybean and Lollipop are hoping to inspire more people to adopt deaf or disabled dogs! 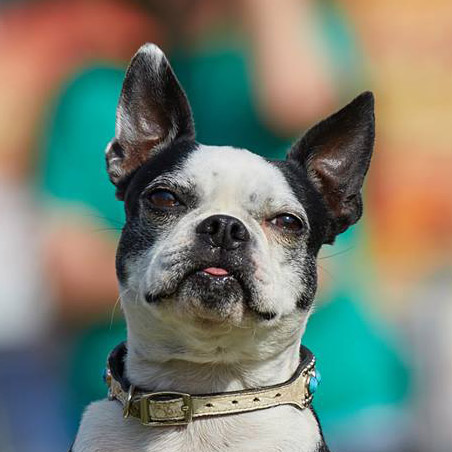 Adopted privately, 10 year old Bella is a fire cracker and a very talented dog. Bella can ride a scooter, skateboard, walk a tightrope, jump rope, play piano, perform a walking handstand, and more! In November 2015 Bella traveled across Canada with Ripley's Believe it or Not! to promote her appearance as "The Tightrope Terrier" in the 2016 Publication. Bella was crowned the winner in the GMA 'Pawlympics' when she competed live on Good morning America. She has also been featured on a Super bowl Commerical, Family Channel, and on the big screen in "A Date With Miss Fortune" 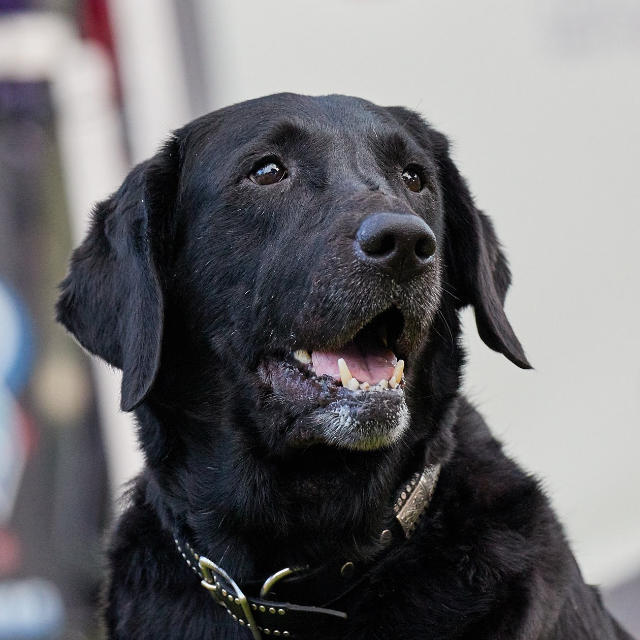 A sweet and gentle soul, Sophia was pulled from a high kill shelter in Ohio and taken to a farm for rescued animals to wait for her home. She was overlooked for a year until she was sent on the rescue relay up to London, Ontario to have hope for a family in a new shelter. Owner/trainer for Ultimutts Melissa Millett worked with the shelter as a dog trainer at the time, saw Sophia and immediately fell in love. Sophia is the 2013 talent search winner for the Pet Network, has been featured on Family Channel, Rick Mercer Report and Animal Planet. Sophia is the resident brainiac who can read numbers, count, read cue cards and much much more! 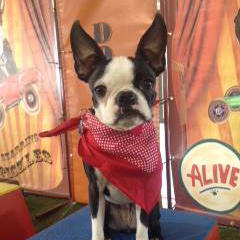 A true Puppy Prodigy, Butters began performing at 14 weeks of age live and on TV. When she was only 16 months of age Butters was performing in the show by riding a scooter down a ramp, riding a skateboard, balancing on a 4 x 4 block of wood and walking the tightrope. Members of the audience would approach the performers after the show and comment that they were sure that Butters was set to take over the show! Her talent and focus were obvious. Sadly, after the car crash in June, Butters ran away with Pickles and was struck by a car on the highway. We were devastated to lose her such a wonderful little dog. She was very loved and is missed. <3